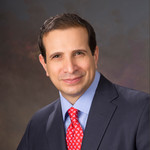 Mr. Swirsky was appointed President and Chief Executive Officer in November 2018. He joined Rexahn in January 2018 as President and Chief Financial Officer. Prior to joining Rexahn he was President, CEO and a director of GenVec, Inc., a publicly-traded biotechnology company, a position he held from 2013 through the sale of the company in 2017. He joined GenVec in 2006 as Chief Financial Officer. Prior to joining GenVec, Mr. Swirsky was a Managing Director and the Head of Life Sciences Investment Banking at Stifel Nicolaus from 2005 to 2006 and held investment banking positions at Legg Mason from 2002 until Stifel Financial's acquisition of the Legg Mason Capital Markets business in 2005. He has also previously held investment banking positions at UBS, PaineWebber and Morgan Stanley. Mr. Swirsky is on the board of directors of Fibrocell Science, Inc., Cellectar Biosciences, Inc., and Pernix Therapeutics Holdings, Inc. Mr. Swirsky is a certified public accountant and a CFA® charter holder. He received his B.S. in Business Administration from Boston University and his M.B.A. from the Kellogg School of Management at Northwestern University. 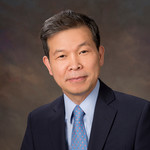 Vice President and Head of Research and Development

DJ Kim has more than 30 years of drug discovery and development experience. Dr. Kim joined Rexahn in 2006 and currently serves as Vice President and Head of Research and Development. In this role, Dr. Kim leads the discovery, preclinical development and translational research of Rexahn’s research and development pipeline. Prior to joining Rexahn, he was an instructor at the Molecular Neurobiology Laboratory, McLean Hospital, Harvard Medical School. Dr. Kim previously served as Chief Scientific Officer of Chemgenomics, Inc., a subsidiary biotechnology company of SK Corporation. He received his B.S. in Pharmacy from Seoul National University, Korea; his Ph.D. from Korea Advanced Institute of Science and Technology; and his postdoctoral training at the University of Texas.